Meet our team of consultants 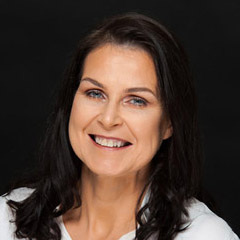 Dr McHenry launched the Belfast Skin Clinic in 2016 to offer a complete range of treatments for all skin and skin related conditions by consultants who are recognised experts in their field, in a new dedicated, purpose built facility.

After graduation, Dr Mc Henry undertook general medical training in the Royal Victoria Hospital Belfast, and Aberdeen Royal Infirmary (1985-1989). Specialist Dermatology training was in Glasgow from 1989 -1995, initially as a Specialist Registrar in Dermatology and then as a Senior Registrar and Clinical Lecturer. As Clinical Lecturer she was responsible for running an MSC course in Dermatology. During this time, while working for Prof Rona Mackie, she also did research on Skin Cancer in the Elderly for which she was awarded an MD. During her training she undertook secondments in Paediatric Dermatology with Dr David Atherton at Great Ormond Street and in surgery with Dr Richard Motley in Cardiff. In 1995, she began working full time as a Consultant Dermatologist at the Western Infirmary and the Royal Hospital for Sick Children (RHSC) in Glasgow, eventually becoming clinical lead at RHSC. She has been working in private practice in Belfast since 2007 but continued to work part time in her NHS post in Glasgow until 2013. 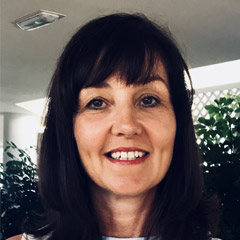 Dr Olivia Dolan is a Consultant Dermatologist and Dermatological/Mohs’ Surgeon at The Royal Victoria Hospital, Belfast.  She qualified in medicine at Queens University Belfast and after general medical training, completed a research fellowship and dermatology speciality training in Belfast. Following this she undertook a subspecialty clinical fellowship in Cutaneous Oncology and Dermatological Surgery at the Department of Dermatology and Cancer Centre, University of Michigan, Ann Arbor, USA.

Dr Dolan is involved in undergraduate and postgraduate teaching and research. She is a past Honorary Secretary of the Irish Association of Dermatologists and a current member of the British Association of Dermatologists skin cancer sub- committee and NICE guideline development group for the management of cutaneous squamous cell carcinoma. Her specialist interests are Mohs’ Micrographic Surgery, melanoma and the epidemiology of skin cancer. 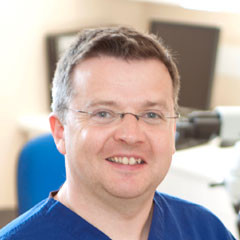 Dr John Mckenna is a Consultant Dermatologist and Mohs Micrographic Surgeon at the University Hospitals Leicester NHS Trust, England.
He did his Medical degree at the University of Glasgow, qualifying in 1999. He then returned to Belfast where he did most of his post graduate medical training and specialist dermatology training.

He is the Skin Cancer Lead for the National Institute for Health Research (NIHR) for the East Midlands region in England and has been the local Principal Investigator for multiple NIHR adopted national studies. These have been in the fields of psoriasis, rosacea, pyoderma, and skin cancer wound healing. He is currently Principal Investigator for studies in the fields of melanoma and basal cell carcinoma.
He treats adults and children with a wide variety of skin problems, as well as operating on complex facial skin cancers. 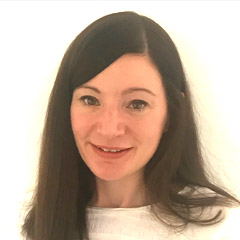 Dr Collette McCourt MB BCh, MRCP (UK) (Derm) is a Consultant Dermatologist in the Belfast Health and Social Care Trust. She undertook specialist training in immunodermatology in Vancouver, Canada prior to taking up her consultant position in Belfast.  Her specialist interests include treating adult patients with acne, skin cancer, psoriasis, eczema and connective tissue disease.  In addition, she performs minor surgical procedures including skin biopsies and cryotherapy.   She has a strong interest in medical education and research and has co-authored text book chapters and has published papers in peer-reviewed publications in both medical education and dermatology. 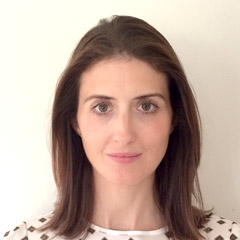 PhD in Genetics and Molecular Medicine 2014

Dr Clements graduated from the University of Manchester in 2001 and began her dermatology training at the Dermatology Centre at Salford Royal Hospital in 2005. She then trained at St John’s Institute of Dermatology based at Guy’s and St Thomas’s Hospitals in London. She spent a further 3 years conducting research in genetic skin disease and obtained a PhD in Genetics and Molecular Medicine from the University of London. Dr Clements underwent her dermatology specialist training in Belfast and is a Consultant Dermatologist at the Belfast City Hospital.

Dr Clements’ research led to numerous peer-reviewed publications and she has presented at national and international dermatology and scientific meetings. She was awarded the Burrows Cup for Best Laboratory Research at the Irish Association of Dermatologists meeting in 2012. Dr Clements also has in interest in cosmetic dermatology and cutaneous laser surgery, and recently completed a 2-year Postgraduate Diploma in Skin Ageing and Aesthetic Medicine from the University of Manchester in 2016. 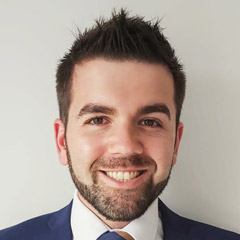 Dr Murphy took up a Dermatology consultant post at the Belfast Health and Social Care Trust in August 2019 with interests in general dermatology, skin cancer and genital dermatoses. Dr Murphy sees patients aged 13 years and over. He regularly performs dermatological procedures including skin biopsies, excision/removal of skin lesions and cryotherapy. 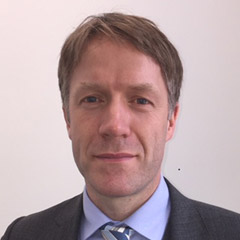 Mr Lannon has a special interest in Head and Neck Oncology, including Oral Cancer and Microvascular Reconstructive Surgery 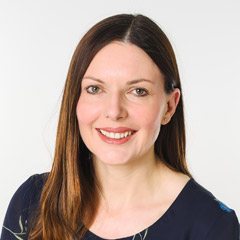 Ms Black has been a Consultant Plastic Surgeon in the Belfast Health and Social Care Trust since her appointment in April 2012. 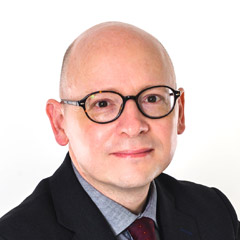 Mr Tohill graduated with MB BCh BAO from Queen’s University in 1997 having been previously awarded First Class Honours in Therapeutics and Pharmacology in 1995. Upon completion of his Houseman’s year in the Mater Infirmorium Hospital he entered core surgical training in Belfast.  During this time, he developed an interest in plastic and reconstructive surgery and decided to commit to pursuing a career in this highly competitive specialty.  Mr Tohill moved to London in 2001 and was appointed as a Research Fellow in the internationally-renowned Blond McIndoe Laboratories based in the Royal Free and University College London Medical School.

Archibald McIndoe was a pioneering plastic surgeon of the WWII era and developed many techniques to treat severely burned air crew from the RAF and Commonwealth air forces.  His patients formed the ‘Guinea Pig Club’ which have been the subject of many books and TV programmes.  Mr Tohill developed techniques for nerve regeneration during his research and published and presented his findings nationally and internationally.  He received a PhD upon completion of his work from University College London.  Following his research Mr Tohill entered higher surgical training in plastic surgery and was awarded the Fellowship of the Royal College of Surgeons in 2009.  He completed his training with fellowships in Frenchay Park Hospital, Bristol and Guy’s and St Thomas’ Hospital, London. During this time, he gained advanced training in breast reconstruction, lower limb trauma, head and neck reconstruction and microsurgery.

Upon completion of his training in 2011 Mr Tohill moved to Scotland following appointment as a consultant plastic surgeon to Ninewells Hospital and Medical School in Dundee.  He later moved to an appointment in the internationally recognised Canniesburn Plastic Surgery Unit in Glasgow, a unit which has made major contributions to the field of plastic surgery over the last 50 years.  Mr Tohill returned to Belfast in January 2017 to take up an appointment in the Northern Ireland Plastic and Maxillofacial Surgery Service based in the Ulster Hospital Dundonald.

His key areas of interest are in reconstructive microsurgery for breast reconstruction, skin cancer and medical education. 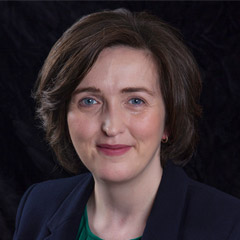 Miss McAllister is a Consultant Plastic Surgeon based at the Ulster Hospital Dundonald.

Miss McAllister trained in Plastic Surgery in Belfast and Dublin, and undertook further research into wound healing, as an Academic Clinical Lecturer at Queen’s University. She was awarded the Hunter Doig Medal by the Royal College of Surgeons of Edinburgh in 2017, for the quality of her clinical and research work, and commitment to surgical education.

After completing clinical training, Miss McAllister worked as a Senior Oncoplastic Fellow in the Welsh Unit for Burns & Plastic Surgery. She was appointed as a Consultant Plastic Surgeon in 2019. Miss McAllister has a special interest in the management of patients with skin cancer and soft tissue sarcoma. 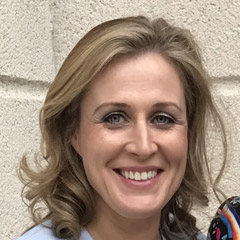 Dr Michelle McHenry is a Consultant Rheumatologist at BHSCT, based at Musgrave Park Hospital and RVH, Belfast. Dr McHenry trained at Queen’s University, Belfast and completed her post-graduate training in Rheumatology in Northern Ireland and Dublin.

Dr McHenry is an Honorary Clinical Lecturer in Queens University Belfast and on the GMC Specialist Register for Rheumatology.

Dr McHenry is a Fellow of the Royal College of Physicians, London and a member of both the British and Irish Societies of Rheumatology

Dr McHenry interests include early diagnosis and treatment in adults of Inflammatory Arthritis, musculoskeletal ultrasound, the use of biologics and connective tissue diseases. 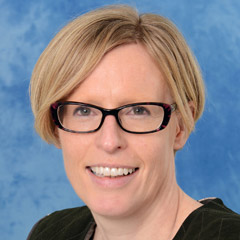 Miss Julie Reid is Consultant Vascular and Endovascular Surgeon, based in the Belfast Health and Social Care Trust.

She graduated from Queens University Belfast Medical School in 1997 and was awarded a Doctorate of Medicine for her research in carotid artery disease. She completed her Fellowship examination in General Surgery with a subspecialist interest in Vascular Surgery, and spent a year in Leeds General Infirmary training in techniques to treat varicose veins.

She offers treatments for all aspects of venous disease and has a large amount of experience in the latest minimally invasive techniques for treating varicose veins and thread veins.

Treatments offered in Belfast Skin Clinic are tailored to the patient’s specific needs whether that is cosmetic improvement, relief of symptoms or prevention of future complications such as bleeding and ulcers. These treatments include radiofrequency ablation, ultrasound guided foam sclerotherapy and microsclerotherapy for thread veins. 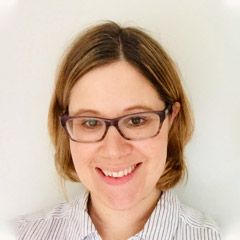 Dr Cooke graduated from Nottingham University in 1999 and, following a period of general medical training, she completed her dermatology specialist training in 2011. She has been working as a local Consultant Dermatologist in the NHS since 2011 and has considerable experience in the diagnosis and management of a wide range of skin problems including skin cancer, pigmented lesions, acne, eczema, psoriasis as well as other less common skin conditions. She has a particular interest in the diagnosis and management of patients with hair loss. Dr Cooke regularly performs dermatological procedures including skin biopsies, excision/removal of skin lesions, intralesional steroid injections and cryotherapy. 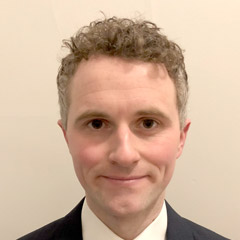 Dr Ronan Brennan is a consultant dermatologist in the Belfast trust. He graduated from National University of Galway in 2011 and following postgraduate core medical training, completed dermatology specialist training in Belfast in 2019.

Membership of the Royal College of Physicians of Ireland 2014 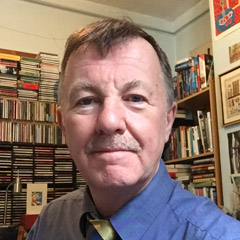 Mr White graduated with honours from Liverpool Medical School and went on to do house jobs in the city. He worked in general medicine and Orthopaedics before settling on a career in Ophthalmology with an SHO post in Salisbury. He did further training in Plymouth and Bristol before settling in Northern Ireland in 1991. He became a fellow of the Royal College of Ophthalmologists in 1994 and subsequently developed a sub-specialty interest in Oculoplastics whilst working for Mr Geoffrey Rose, Moorfields Eye Hospital, on his visits to NI. Mr White was appointed a Consultant in 1998 and remains in full-time NHS practice in the Royal Victoria Hospital and Ulster Hospital Dundonald. He consults privately at the Ulster Independent Clinic and also operates at the Belfast Skin Clinic. As well as general ophthalmology, Mr White is an oculoplastic surgeon specialising in disorders of the eyelids, tear apparatus and the eye socket.