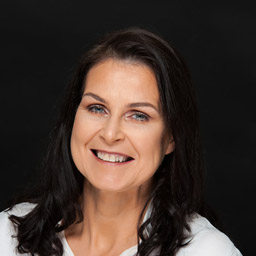 Dr McHenry launched the Belfast Skin Clinic in 2016 to offer a complete range of treatments for all skin and skin related conditions by consultants who are recognised experts in their field, in a new dedicated, purpose built facility.

After graduation, Dr Mc Henry undertook general medical training in the Royal Victoria Hospital Belfast, and Aberdeen Royal Infirmary (1985-1989). Specialist Dermatology training was in Glasgow from 1989 -1995, initially as a Specialist Registrar in Dermatology and then as a Senior Registrar and Clinical Lecturer. As Clinical Lecturer she was responsible for running an MSC course in Dermatology. During this time, while working for Prof Rona Mackie, she also did research on Skin Cancer in the Elderly for which she was awarded an MD. During her training she undertook secondments in Paediatric Dermatology with Dr David Atherton at Great Ormond Street and in surgery with Dr Richard Motley in Cardiff. In 1995, she began working full time as a Consultant Dermatologist at the Western Infirmary and the Royal Hospital for Sick Children  (RHSC) in Glasgow, eventually becoming clinical lead at RHSC. She has been working in private practice in Belfast since 2007 but continued to work part time in her NHS post in Glasgow until 2013.

Author of over 40 publications, she has  been involved in the production  of Clinical Standards for Dermatology in the UK published in 2011 by the BAD and Clinical Standards for Paediatric  Dermatology published in 2012. These standards are used to inform policy for other dermatologists and inform the government of policy for treating skin disease throughout the UK within the NHS

We use cookies on our website to give you the most relevant experience by remembering your preferences and repeat visits. By clicking “Accept All”, you consent to the use of ALL the cookies. However, you may visit "Cookie Settings" to provide a controlled consent.
Cookie SettingsAccept All
Manage consent

This website uses cookies to improve your experience while you navigate through the website. Out of these, the cookies that are categorized as necessary are stored on your browser as they are essential for the working of basic functionalities of the website. We also use third-party cookies that help us analyze and understand how you use this website. These cookies will be stored in your browser only with your consent. You also have the option to opt-out of these cookies. But opting out of some of these cookies may affect your browsing experience.
Necessary Always Enabled
Necessary cookies are absolutely essential for the website to function properly. These cookies ensure basic functionalities and security features of the website, anonymously.
Functional
Functional cookies help to perform certain functionalities like sharing the content of the website on social media platforms, collect feedbacks, and other third-party features.
Performance
Performance cookies are used to understand and analyze the key performance indexes of the website which helps in delivering a better user experience for the visitors.
Analytics
Analytical cookies are used to understand how visitors interact with the website. These cookies help provide information on metrics the number of visitors, bounce rate, traffic source, etc.
Advertisement
Advertisement cookies are used to provide visitors with relevant ads and marketing campaigns. These cookies track visitors across websites and collect information to provide customized ads.
Others
Other uncategorized cookies are those that are being analyzed and have not been classified into a category as yet.
SAVE & ACCEPT